Chat with us, powered by LiveChat Skip to content

The top 10 scales of many guitarists including Yngwie Malmsteen
One of the most fascinating scales that we as guitarists love to play is the Phygrian major third mode. It’s a classic scale that is featured on various rock metal and flamenco records (amongst others). It’s a favourite scale of Yngwie Malmsteen and various other guitarists.

What makes the Phrygian Major Third?

The Phrygian major third mode is a scale that finds its origins in either the third mode of the major scale or the 5th mode of the relative minor key. (Using harmonic minor)

ANALYSIS 1: From the C Major scale:

If we are in C major the third degree is E Phygrian, and it has a minor chord associated with it. This minor chord is E minor consisting of the following notes: E G B. The mode associated with this degree is the Phygrian mode. Although it’s not technically speaking the Phrygian major third mode, it can be used interchangeably (with the Phygrian major third) when improvising. It’s the easiest thing in the world to do to raise the minor third to the major third.

ANALYSIS 2: From the A Harmonic Minor scale:

Now let’s get to the minor scale. If we are in A Minor (the relative minor of C Major) then the fifth degree is called E major assuming you are using a harmonic minor. By playing the fifth mode of the harmonic minor, we arrive at the Phrygian Dominant mode.

All roads lead to Rome…

There are many truths about music that one needs to understand. The first is truth or theory is that the major and minor scales, as well as the chords they produced, can be used interchangeably amongst each other. What that means is that I can either improvise in the key of C major or in the key of A minor. The A minor has a G#. If I analyse this from C major’s perspective it would simply be a C major with a G#.

So instead of making things too complicated, we can always say that we are improvising using C major and then we can play the G natural (to produce E Phrygian) and at other times G# (to produce the Phrygian Dominant). Major and minor keys are definitely interchangeable.

The most prominent sound would be the major third and the sound created with the wide interval of a tone and a half between b2 and 3. That stretch is characteristic of the Phrygian major third mode. (along with the flattened sixth and seventh degrees)

The Chords Derived From The Phrygian Mode:

Ways to think of the Phrygian major third:

As you might know, the guitar works in five positions. I’m not going to give away all five scale fingerings here, but I’ve notated the first position into methods as well as a stretched across the neck position.

Please take a look at the tablature/notation below:

The ORIGIN of the Phrygian major third

Firstly this particular mode is named after the ancient kingdom of Phrygia. (1200 – 700 bc)

The early church developed the system of modes and gave the name “Phrygian” to the THIRD mode. As the original Phrygian was derived from the major scale and inter alia is the third mode, perhaps it’s PROBABLY wiser to think of the Phrygian Dominant as the third mode of the Augmented Major scale.

The Phrygian Dominant is very PROMINENT in flamenco music.

Flamenco music also utilises the Arab maqām Ḥijāzī scale (exactly the same as the Phrygian major third but with a natural 6th instead of the b6). You could think of that scale as A harmonic major (to coincide with E Phrygian)

This is obviously not an exhaustive list, neither does it include all the guitarists who love using the scale. At the very least give you an idea of who to check out: 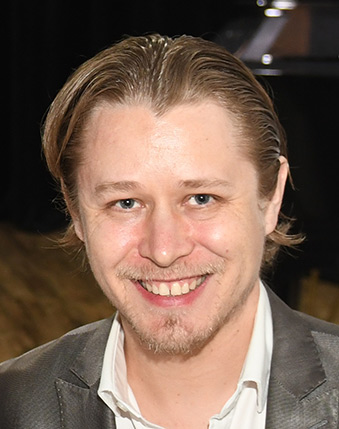 Author Details
Stefan Joubert
Master Guitar Teacher , S & C
Stefan Joubert is the co-owner of S & C. He is passionate about helping adults learn how to play the guitar in Dubai. He truly believes that no one is too old or not talented enough. He also manages The London Guitar Institute located in the City of London in the United Kingdom. You can contact Stefan at enrol@londonguitarinstitute.co.uk or enrol@sandc.ae
https://sandcguitar.com/
enrol@sandc.ae
×

Stefan Joubert
Master Guitar Teacher , S & C
Stefan Joubert is the co-owner of S & C. He is passionate about helping adults learn how to play the guitar in Dubai. He truly believes that no one is too old or not talented enough. He also manages The London Guitar Institute located in the City of London in the United Kingdom. You can contact Stefan at enrol@londonguitarinstitute.co.uk or enrol@sandc.ae
https://sandcguitar.com/
enrol@sandc.ae
Latest Posts
Stefan Joubert2021-10-02T01:21:46+04:00